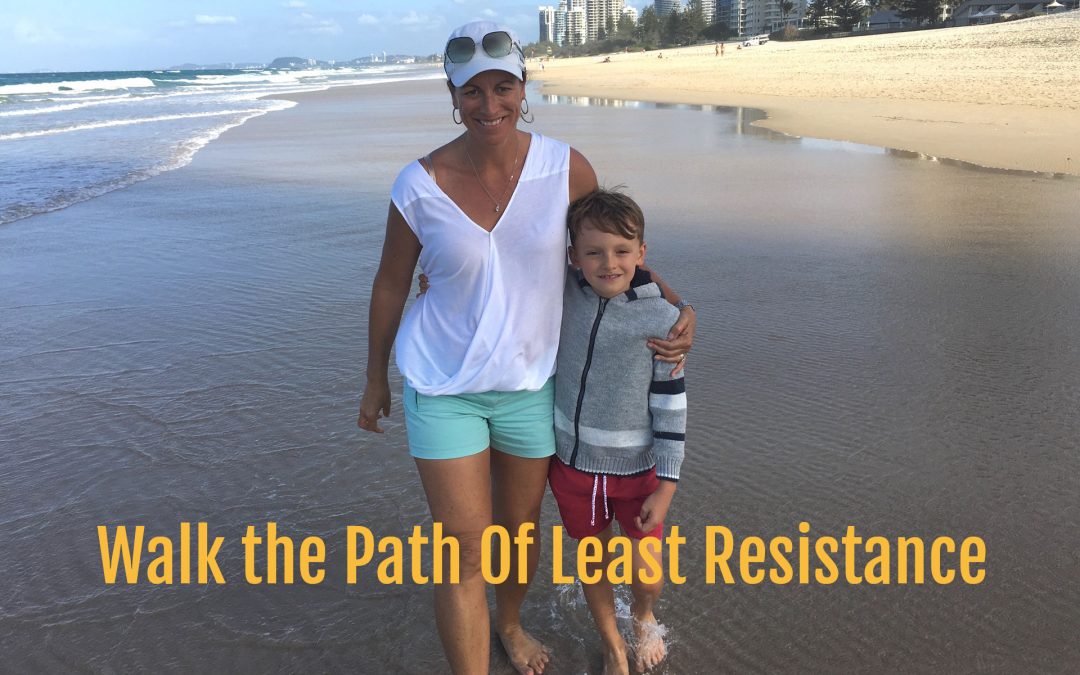 Have you ever found yourself doing things just because other people are doing them?

It’s what I call the society trap. It’s a trap where we are no longer thinking for ourselves and instead are following the masses. We’ve gone completely unconscious and are doing things for no good reason.

How much of it was a new experience? How much involved you thinking for yourself, or being imaginative or creative?

Don’t worry. You are not alone.

Following the masses is something we all do. Here’s a classic example of us being caught in the society trap in regards to our parenting.

Our little cherub is soon to turn 8 (wow- time flies), and is currently going through another stage of development. Up until now, he has always been great at going to bed when we ask him, yet in the last month, he simply doesn’t want to go!

When did my well behaved son turn into this defiant little man?

Feeling exasperated one evening, I suddenly realised where I’d been doing everything wrong. Doug and I agreed when G was just 12 months old that we would parent via the Path of Least Resistance.

Where was this path now?

Everyone we know sends their kids to bed at 7:30pm.

It’s just what everyone does!

And that’s when it hit me.

I was blindly and unconsciously following the masses.

For no good reason!

With a flash of inspiration, I heard a loud voice in my head – “Parent via the Path of Least Resistance.”

The conflict we were experiencing at bedtime was because we were trying to force a result…for no particular reason other than everyone else does it. And in my books, that’s NEVER a good reason.

When you know better, you do better.

So that night, I said to G…no more set bedtimes. You get to choose when you want to go to bed.

However, that means you do have to think about what you’ve got on the next day and how much you’ve got on for the week to ensure you get enough rest so you can do all the things you want to do. What do you think? Deal?

And to date we have had ZERO conflict at bedtime.

Sometimes he stays up a little late, because he’s got a free day the next day. But most times he goes to bed at roughly the same time he’s always gone to bed…sometimes earlier if he’s feeling a little tired.

He’s in control of his life, and he’s doing  great job of it.

Sometimes we’ve got to get out of the way and trust that our kids inherently know what’s good for them.

Parenting via The Path of Least Resistance.

It works. If you’ve got kids, why not give it a try…

If you can tell me what you want, I can show you how to get it.